The disease cards show photos of healthy corals versus corals with SCTLD. You can print the cards and laminate them for field work. The full set of SCTLD Cards are shown below.

Which Corals Are Affected?

Stony Coral Tissue Loss Disease (SCTLD) affects >20 species of coral, some more susceptible than others. A description of SCTLD was prepared by the Epidemiology/Response Team of the Florida Disease Advisory Committee. Below is a list of the species by susceptibility. For more detailed information, download the full description.

Highly Susceptible Species: Early onset (the species first affected during an outbreak), rapid progression, and total mortality ranging from one week for smaller colonies to complete mortality over 1-2 months for larger colonies. Typically, M. meandrites and D. stokesii are the first to become affected at a site, followed by C. natans, and then the others show disease signs shortly thereafter.

Intermediately Susceptible Species: Onset of tissue loss typically occurs about a month after onset in highly susceptible species, but lower numbers may also show disease signs before or as those species are affected. Smaller colonies die out over months, and larger colonies may show new lesions continuing with possible mortality occurring over years.

Low Susceptible Species: During outbreaks, the following corals are rarely or not affected

Slides display a comparison of healthy vs diseased corals.

Use the left and right arrows to page through. Click on image to show full-size 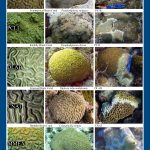 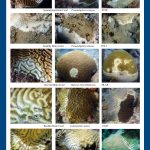 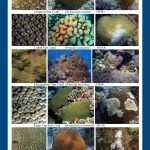 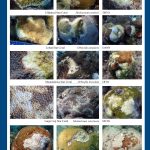 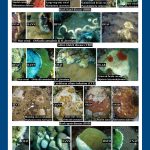