In response to the disease outbreak, several groups are monitoring and trying new treatments and interventions to stop or slow the spread of stony coral tissue loss disease.

Monitoring in the Caribbean

To help track and better understand SCTLD in the Caribbean, we ask for your help in reporting observations by filling out an online survey form, which includes information on coral species affected, location, and photos. We are specifically interested in SCTLD reports or other unusually high reports of recent coral death.

We have improved and simplified the survey forms into a Basic and Detailed form (see below for descriptions). New to the form is the ability to add data on Coral Bleaching. The main difference between the two forms is the Basic form is simple and includes estimates of corals affected, versus the detailed form allows actual coral colony counts and more site information.

This simple survey form allows you to enter presence/absence data on corals affected by SCTLD and bleaching by coral species and estimates of corals affected, photos and site information. You can identify survey method used such as rover diver, bar drop, general observation, etc.

NEW combined SCTLD / coral bleaching survey data sheet can be used for basic or detailed surveys. This corresponds to the online data entry tool and tracking map. Click here or on image below to access. 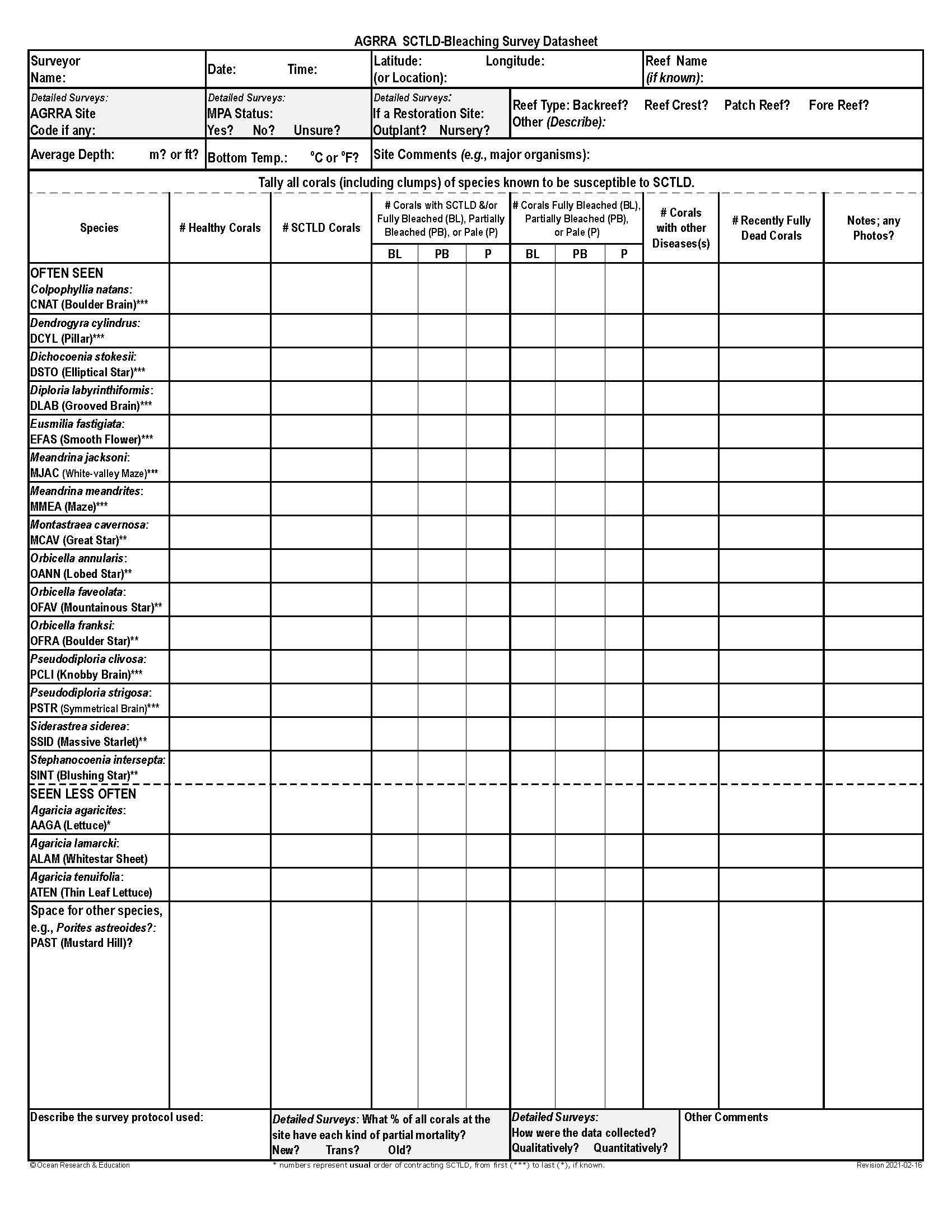 Watch this Video tutorial on the new Detailed Survey form. 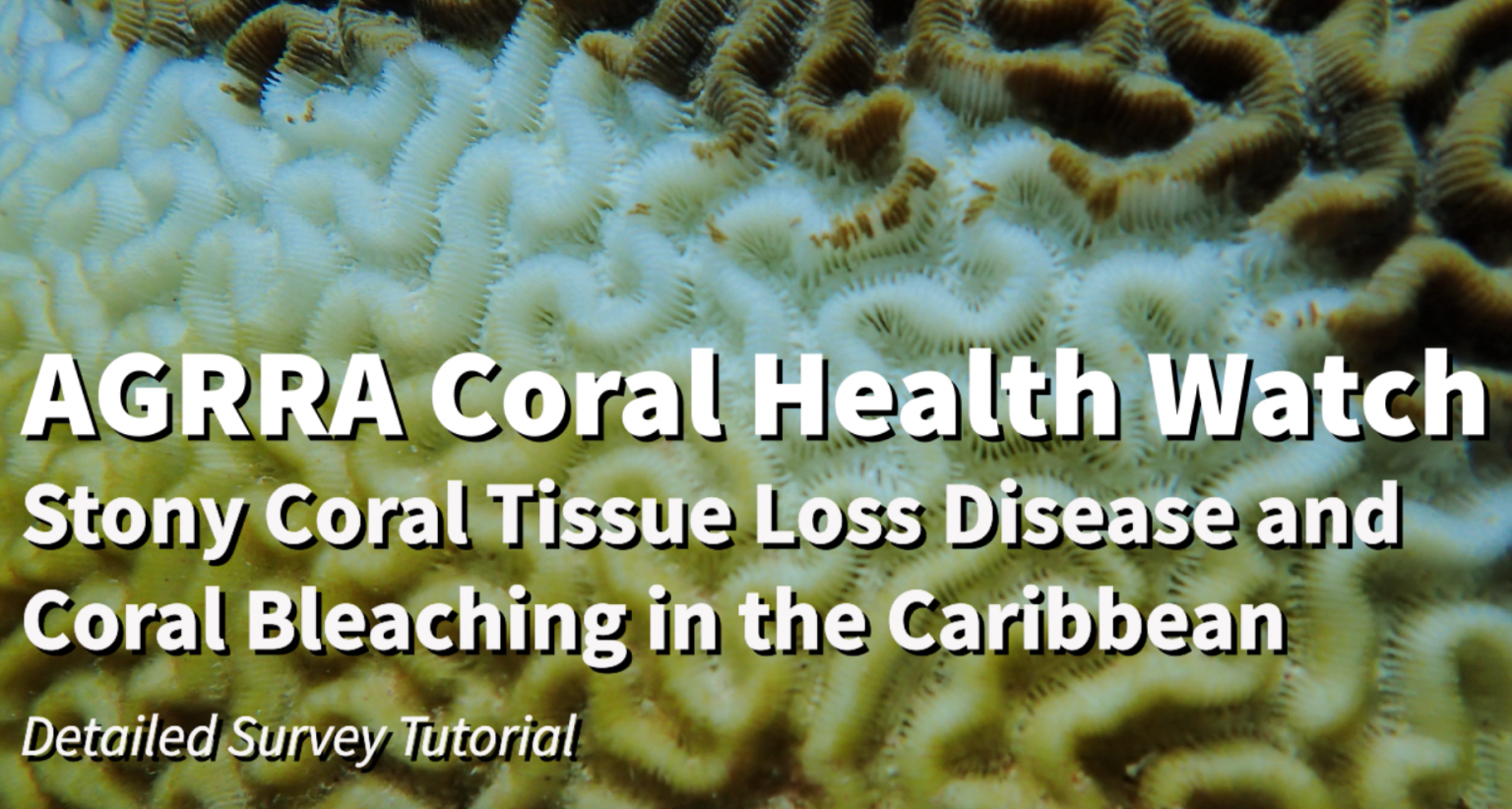 Given the potential for widespread areas to be affected, a multi-partner effort of managers, biologists and citizen scientists is suggested. To learn more about SCTLD, scientists and managers can train recreational snorkelers and divers to help properly identify SCTLD from other coral diseases and teach survey and investigation techniques. 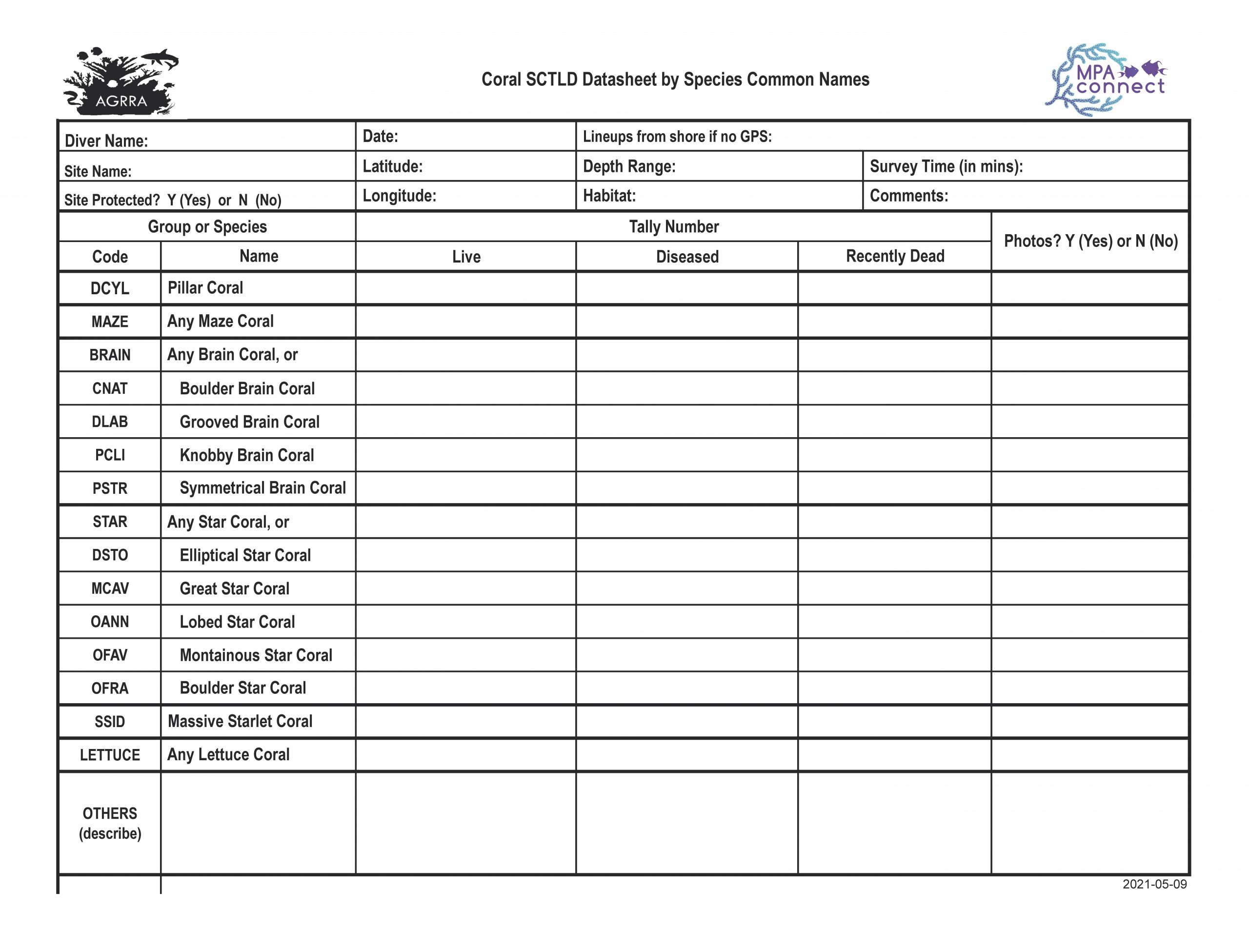 In an effort to reduce the spread of disease and loss of live coral tissue, several laboratory and field trials have been done including topical applications of chlorine and amoxicillin, topical chlorinated epoxy, amputation of affected regions of diseased corals, and relocation of healthy regions of diseased corals. The results from efforts in Florida are summarized below and will be updated regularly. In Mexico, additional field intervention trials are ongoing and information will be posted when available. 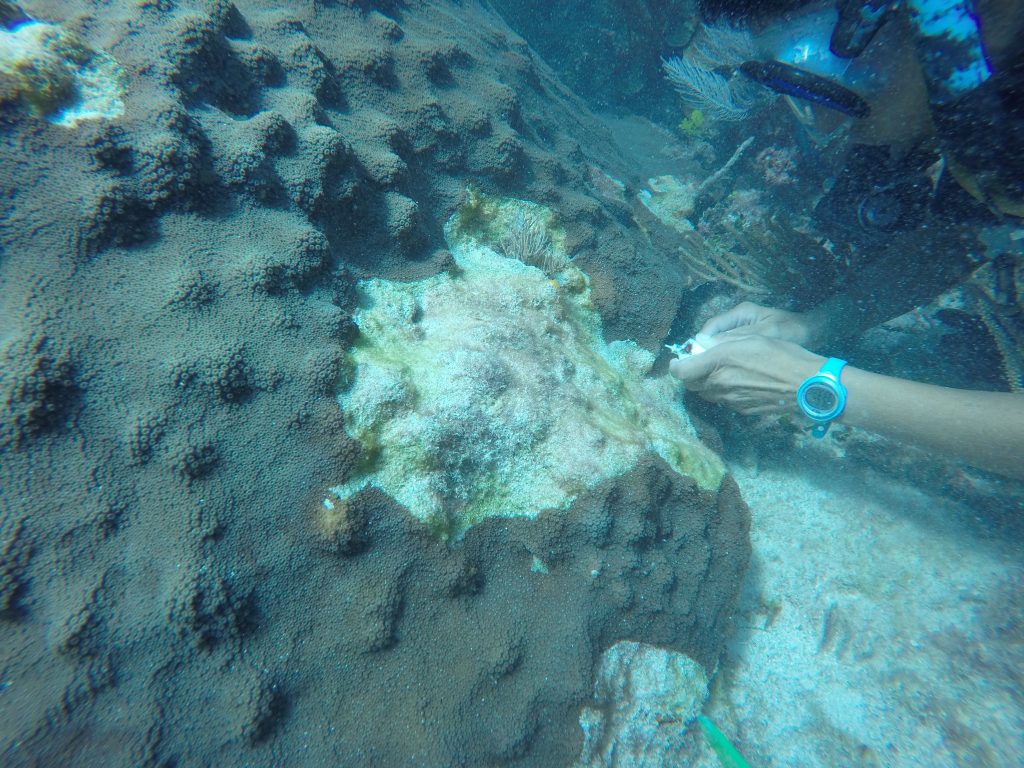 Bottom line: focus resources on large colonies of Orbicella spp. as they’re the most important reef-builders, best known responders to amoxicillin and also likely to be the largest local reservoirs of the pathogen.

“The purpose of this project is to perform disease intervention on previously-identified, large corals (including ESA-threatened-species) over two meters in diameter in SE FL identified with active disease. This includes restoring coral health by smothering diseased tissue, creating a “fire break” to arrest disease progression and covering the newly exposed skeleton with chlorinated epoxy. These activities are essential to save the largest, oldest, and most resilient corals in SE FL affected by disease.”